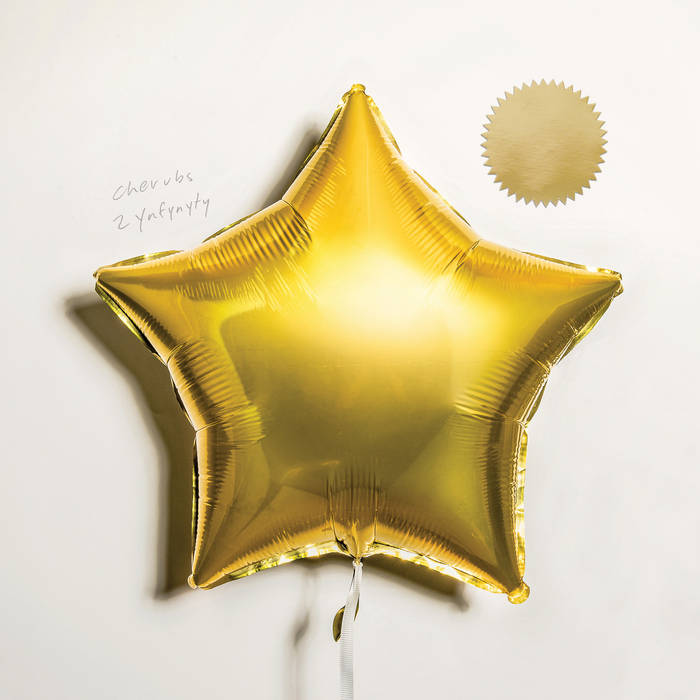 Santino Tartaglia This album is relentless. The tones are my favorite part- I heard the song Cumulo Nimbus in a bar, and immediately had to download the album. Been listening to it so much that I bought the record. Favorite track: Cumulo Nimbus.

Charley Deppner Dang if I didn't know you guys were going to be around again.

Glad to have you back in my life.

Looking forward to the possibility of seeing you live.

ian so much yes! Favorite track: Sandy On The Beach.
more...

Austin, TX cult noise rock kings, Cherubs, return with 2 Ynfynyty, their first new recordings in over 20 years. Produced by Mike McCarthy (Spoon, ....And You Will Know Us By the Trail of Dead) and mastered by Howie Weinberg (Nirvana, Slayer) in the summer of 2014, 2 Ynfynyty finds the trio rejuvenated with a more dangerous sound then ever. Picking up where they left off while trekking down a few unexpected turns, Cherubs effortlessly mix distorted heaviness with sublime songcraft. If Queens of the Stone Age made a pummeling noise rock record, this would be it. The band's previous records (1992's Icing and 1994's Heroin Man) have reached legendary status in the noise rock world and this record will be no exception. 2 Ynfynyty proves that Cherbus' long hiatus was worth the two decade wait.

Formed in 1992, Cherubs emerged on the Austin, TX, LSD punk scene with a jackhammer of nightmarish, rhythm-driven song structures and plenty of Butthole Surfers whimsy and terror to keep things more than interesting. Fast forward 20 years later and the band has reformed with more energy and songwriting acumen then ever. ... more

Bandcamp Daily  your guide to the world of Bandcamp

Featuring appearances from Kari Faux, Bluestaeb and and interview with NY-bred artist Wiki